ANECKXANDER is a solo in a minimal setting for one acrobatic body, a handful of carefully selected objects and three variations on a piece of piano music by Arvo Pärt. Balancing on the fine line between tragedy and comedy, Alexander/Aneckxander rewrites the autobiography of his own body: from subject to object to matter. The result is a raw self-portrait in which the body both exposes itself to and tries to escape from the prying eyes of those looking at it.

On 16th february the performance will be followed by discussion with artist.

Collaboration with Bauke Lievens in the context of the research project Between being and imagining: towards a methodology for artistic research in contemporary circus, financed by the research fund of KASK School of Arts, Gent (BE).

Supported by Circus Next, a European scheme coordinated by Talents Cirque Europe, funded with support from the European Commission.

With the support of: Province of West Flanders, the Flemish Government, Circus Next

Alexander Vantournhout (Roeselare, 1989) studied contemporary dance at P.A.R.T.S. (Performing Arts and Research Studios, Brussels) and single wheel at ESAC (Ecole Supérieure des Arts du Cirque, Brussels). He has worked with Rolf Alme (NO), founder of the Norwegian Theater Academy, Fredrickstadt (NO), as an actor and, in addition to focusing on his own work, Alexander also lectures at ESAC and ACAPA (Academy for Circus and Performance Art, Tilburg, NL). He has created a number of solos including Caprices (2014), an evening filled with a choreographic solo and homage to the music of Salvatore Sciarrino, and Don’t run away, John (2012), a performance with Niko Hafkenscheid (musician Meg Stuart, Kopergietery, … ). In 2014 Alexander joined forces with Harald Austbo (Heimat, Skagen) to further develop his interest in improvisation. Their most recent collaboration is called WAK (2014).

Bauke Lievens (Ghent, 1985) works as a dramaturge for various circus, dance and theatre companies. In the past she has worked with Cie Un loup pour l’homme (FR), Kaori Ito/les ballets C de la B (JAP/BE) and the young Ghent theatre collective Tibaldus en andere hoeren, among others. She studied Theatre Sciences at UGent and Philosophy of Contemporary Art at the Universitat Autonoma de Barcelona (ES). Bauke is a lecturer and researcher with the Drama department of KASK School of Arts (Ghent). She is currently working on a four-year research project at KASK School of Arts investigating the methods for artistic research into the creation of contemporary circus performances. Bauke recently joined the new editorial board of Etcetera.

Alexander Vantournhout and Bauke Lievens met in 2011. After initially being horrified by each other’s very strongly held opinions, they finally took the plunge and worked together in 2014. ANECKXANDER is therefore a faux solo. The performance is the result of an intense dialogue in which Alexander is on stage and Bauke is in the wings. With the short work-in-progress version of ANECKXANDER they were chosen as a 2014 laureate by Circus Next, a prestigious European platform for talented young circus artists. 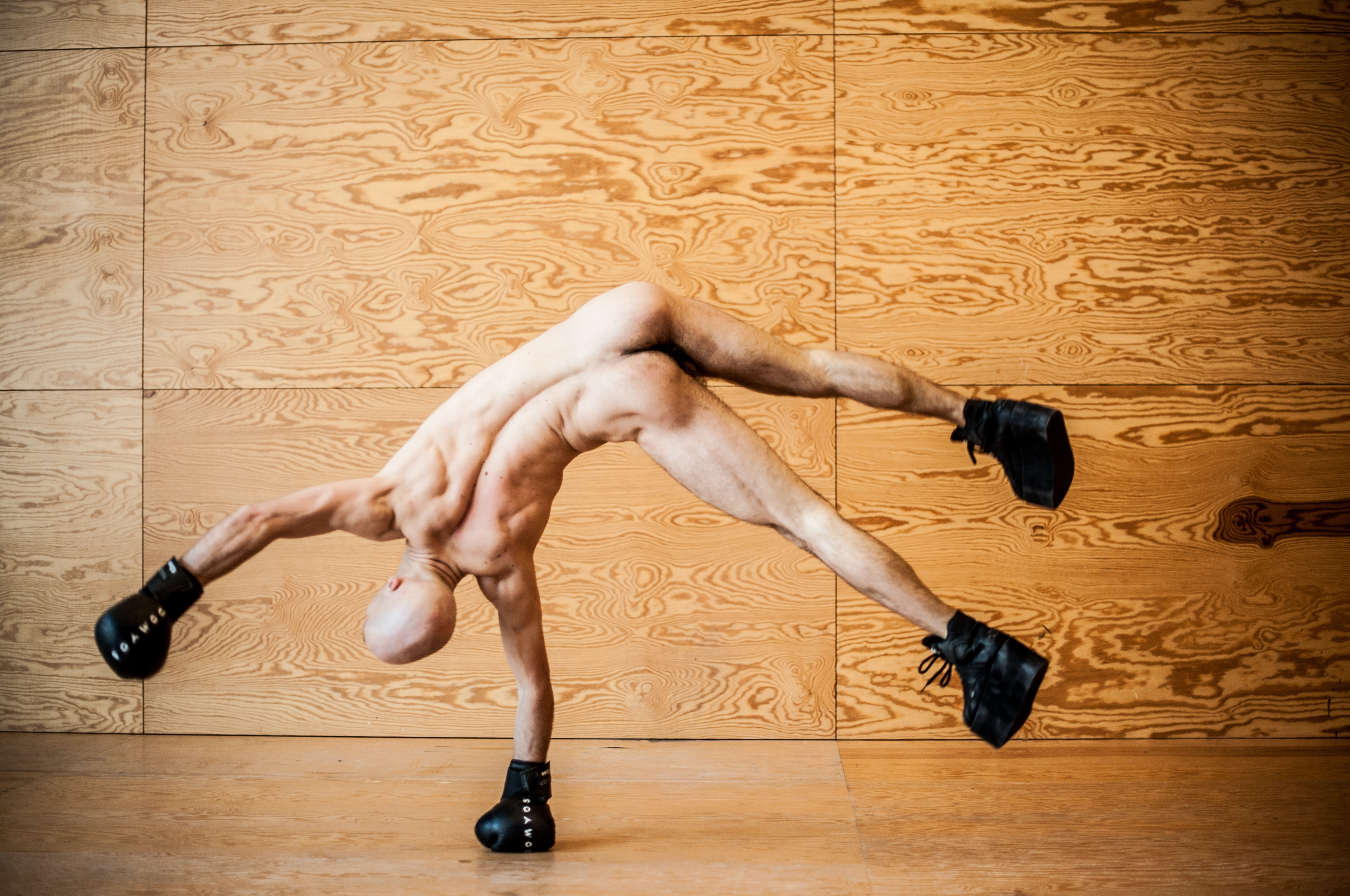